There’s a lot more to photos than meets the eye on screen. From the moment a photo is captured and uploaded across devices or shared online, there is a wealth of nested data. Sometimes, a user’s entire life is unknowingly displayed on the web for all to see, simply by virtue of the photos posted. This personally identifiable information (PII) is derived from ‘metadata’.

What is photo metadata?

In layman’s terms, metadata can be defined as the ‘DNA’ or ‘building blocks’ of any file. For photos, it is a package of all the basic (and complex) information that contextualizes and characterizes the image.

Where does image metadata come from?

Where is metadata stored?

Your photo metadata may be stored in 2 locations:

If you plan to upload your media to a social site, it’s important to be wary of what data is already tied to the image, and whether the same data is visible and carried forward when it is made downloadable from the site.

Here is a common example of internal metadata associated with an image that may also be separated and displayed externally on certain applications such as DAMs or photo sharing websites: 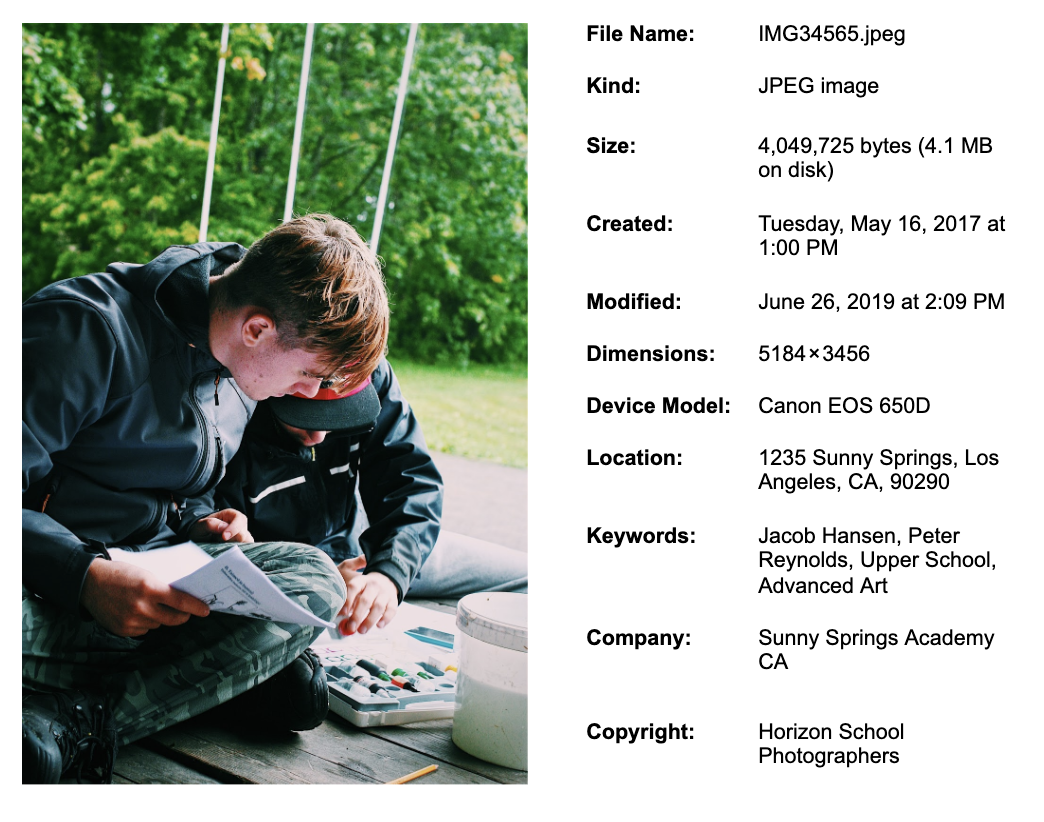